I've always been fascinated with those giant robot arms working on the auto assembly lines. I'm a big fan of KUKA, Fanuc and ABB. 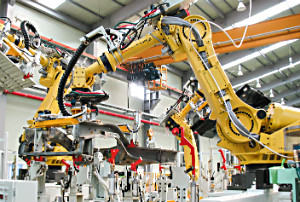 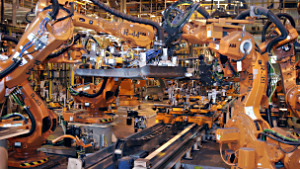 My initial plans are to build a similar arm with six DOF (degrees of freedom or joints) plus a primitive gripper. Then write some smart motion control software, including some degree of artificial intelligence. This arm would then be marketed toward small companies that cannot afford the big price tags of the mainstream robotic companies. It would even be great as academic lab equipment for schools and universities.

Then I thought about creating an online "cell" with cameras and real-time remote control of an arm. The cell would have lots of objects to manipulate and even assemble. Competitions could be held for shortest time to assemble something.

But my plans have expanded into an enormously ambitious "End Goal" - The Builder Bot - constructing space habitats in orbit so we humans have a place to go "when" some catastrophic event occurs on Earth.
Earth has no lifeboats!

I see no technical reason why we can't have a swarm of Builder Bots in orbit constructing a large cylindrical structure - an eventual habitat. 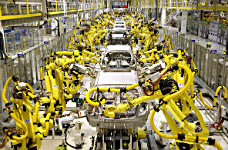 We already have swarms of robots building our cars. The Builder Bots could stay attached to the outer shell running on rail systems continuously adding rings to the length of the cylinder. This idea has been dreamed about many times in sci-fi novels and movies: 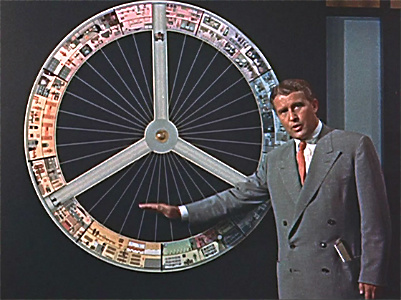 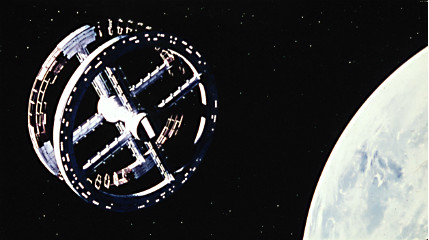 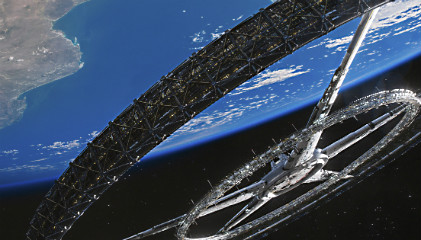 I figure I have about 30 useful years left, so this lab represents my attempts toward this "End Goal". Perhaps this project could grow into a large, global "Open Source" endeavor ...